All of us here at VITOK Engineers believe that ALL bourbon is GREAT bourbon, so we don’t like to take any sides.

We are excited to hear that a Bourbon brand from one of our new distillery projects was just awarded the best tasting bourbon by a Battle of the Bourbons bracket conducted by the Louisville Business First. In fact, several of the distilleries we have designed or expanded made it into the “Elite Eight!” 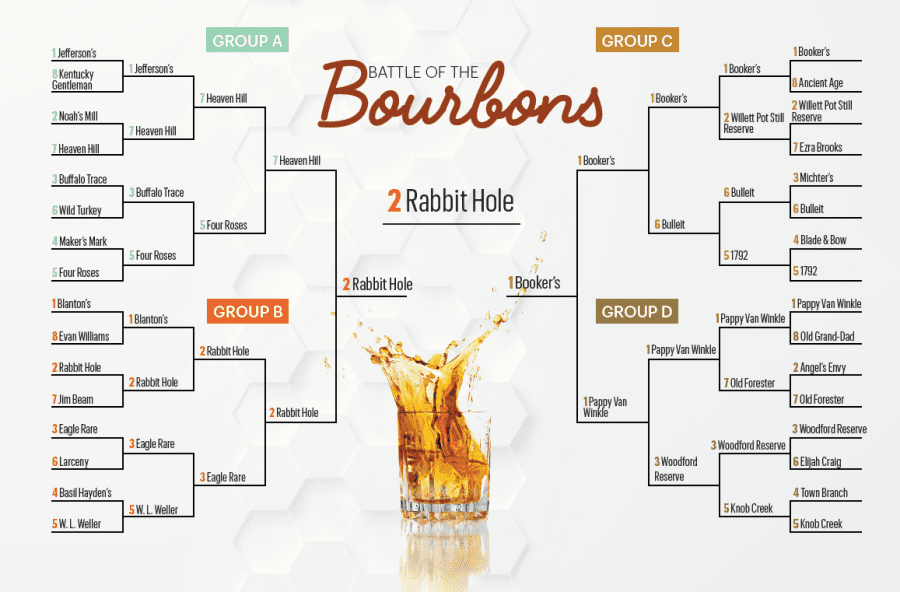 The article text and link from Louisville Business First follows:

Is Rabbit Hole the best Kentucky bourbon out there? That’s what our readers seem to think.

Five weeks ago, we launched our Battle of the Bourbon’s contest here on our website. In the contest, we matched up 32 Kentucky bourbons in an NCAA-style bracket and let our readers decide who’s best by voting online.

After five rounds of voting over five weeks, Rabbit Hole is the winner. Throughout the contest, readers picked it over Jim Beam, Blanton’s, Eagle Rare, Heaven Hill and — in the last round — Booker’s.

That’s pretty impressive for a brand that’s been around for only a couple of years.

Zamanian is the majority shareholder in Rabbit Hole, and he called it a family business. Many brands on our list are owned by large liquor companies, both public and privately held.

Rabbit Hole opened its new distillery on Jefferson Street in Louisville this year, and you can have a look inside in the attached slideshow. The company also is in the process of opening its first barrel-aging warehouse, which will be in Henry County.

For our part, this was our first attempt at Battle of the Bourbons. It drew a lot of interest and sparked debate among readers, so we might do it again someday.

But for now, to the victor goes the bragging rights.