Pernod Ricard Acquires Another One Of Our Distillery Designs

Pernod Ricard’s investment group Pernod Ricard USA has been busy with due diligence and has made its second major announcement in less than 90 days. In June they announced a majority investment in startup Rabbit Hole Distilling in Louisville, Kentucky, a beautiful urban bourbon distillery. This time they went a lot further south to acquire seven year old Firestone & Robertson Distilling Co. based in Fort Worth, Texas.

Firestone & Robertson Distilling’s TX brand range isn’t too complicated but it is unique. They offer a blended whiskey and a Texas Straight Bourbon Whiskey. The blended whiskey is just that, an American blended whiskey. The bourbon is a four grain bourbon featuring Texas corn, Texas soft red winter wheat, 6-row distillers malt and their own proprietary stain of yeast captured from a Texas pecan which gives the bourbon its own unique Texas provenance. Do you see a TX theme here?

The company was founded in 2011 by Leonard Firestone and Troy Robertson. The company says the full TX range espouses the brand’s rugged elegance; the bottle tops are hand made from boot leather, the canvas neck wraps are a nod to pioneer covered wagons and the silver band around the base of every bottle represents a polished symbol of Western culture. The deal also includes Whiskey Ranch, a new state-of-the-art distillery minutes from downtown Fort Worth. 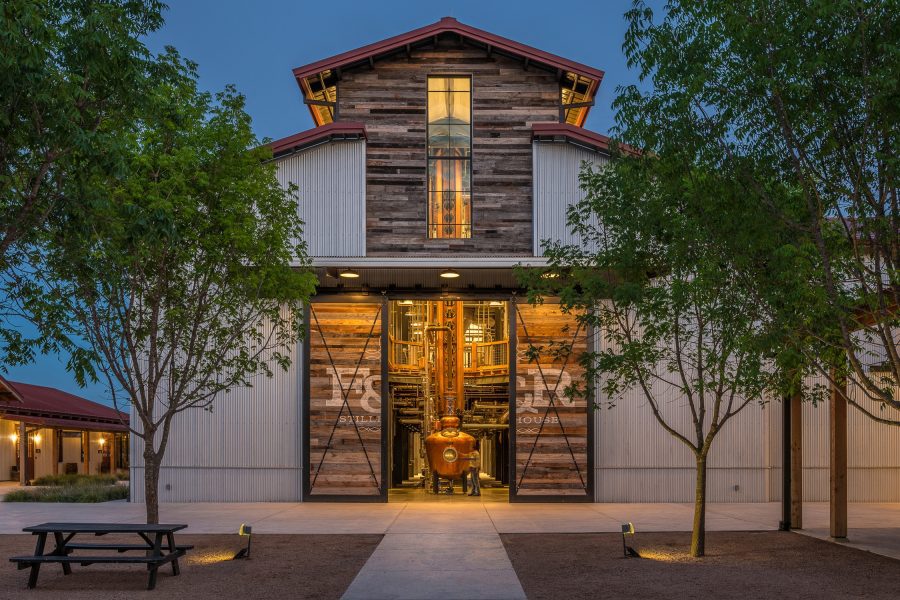 Founders Firestone and Robertson said, “This is an exciting day for all of us at Firestone & Robertson. Building our company and producing award-winning whiskies has been a truly remarkable experience. We are so proud of our team, and grateful to the many people that supported our efforts over the years. It is an extraordinary opportunity to partner with Pernod Ricard, and we are confident this relationship will accelerate the growth of our brands while preserving our roots and shared core values.”

“The addition of TX, which is an exceptional super premium whiskey blended by skilled Texan craftsmen, represents a very promising venture which strengthens our portfolio and footprint in the United States,” said Alexandre Ricard, Chairman and CEO of Pernod Ricard.

Paul Duffy, Chairman & CEO of Pernod Ricard North America added, “The TX Blended Whiskey distinguishes itself as a brand poised for tremendous growth. The team at Firestone & Robertson Distilling Co. have done an excellent job developing the brand, and we are keen to build on this success. We will continue to reinforce the community of loyal TX brand ambassadors, both as we expand distribution and as we welcome consumers to the Whiskey Ranch.”

Terms of the Firestone & Robertson Distilling acquisition by Pernod Ricard USA were not disclosed but the deal is expected to close shortly. White & Case LLP and Deloitte Finance served as legal counsel and transaction services support to Pernod Ricard, respectively, and Nomura Securities International and Paul, Weiss, Rifkind, Wharton & Garrison LLP served as exclusive financial advisor and counsel, respectively, to Firestone & Robertson with respect to the transaction.

In addition to Rabbit Hole Distilling Pernod Ricard has also made other investments in Smooth Amber Spirits in West Virginia and Del Maguey mezcal.